“What does the Lord require of you but to do justice, and to love kindness, and to walk humbly with your God?” Micah 6:8

The SG welcomed two new members. (1) Rev. Philip Peacock from the Church of North India who now serves as a co-General Secretary of the World Communion of Reformed Churches in Hanover, Germany.  (2) Rev. Michiko Nishinosono, Chair of UCCJ’s Commission on Ecumenical Ministries. Rev. Michiko “replaces” Kato Makoto from the United Church of Christ in Japan (UCCJ).

The PCT held its General Assembly in April and elected a new group of officers. The new moderator is Rev. Tai, Shuo-Chin. The TEF is deeply grateful for the active participation of former moderator, Rev. Stephen Hsu during his term. 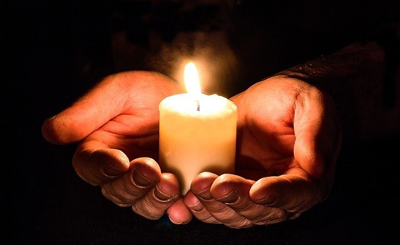 16 Then justice will dwell in the wilderness, and righteousness abide in the fruitful field.
17 And the effect of righteousness will be peace, and the result of righteousness, quietness and trust forever.
18 My people will abide in a peaceful habitation, in secure dwellings, and in quiet resting places.
(Isaiah 32:16-18, ESV)

Members of the Presbyterian Church in Taiwan (PCT) as part of the universal fellowship and body of Christ share our prayers and concerns as follows:

A two-day webinar with the theme “The Neo-Cold War: The Resurgence of the Geopolitics of Global Empires in North East Asia.” It was based on concept paper prepared by the two co-conveners Jooseop Keum and Chris Ferguson. On the first day, a Taiwanese scholar, Dr. Lai I-Chung gave a keynote with the topic “The Neo-Cold War in Asia and the soon-to-be Hot War in Taiwan Strait”. Rev. Dr. Roderick Hewitt from Jamaica, the President of International University of the Caribbean, and Rev. Dr. Nancy Pittman from the US, the President and Stephen J. England Associate Professor at Phillis Theological Seminary in Tulsa responded to the keynote speech. On the second day, a panel presented their responses to the keynote:

The past recent days as the incredulous drama unfolded in Europe our prayers and thoughts have been dominated with concern for the people and government of Ukraine. The measures taken by Russia, led by President Vladimir Putin, to attack a sovereign, democratic country in an effort to overthrow its government is in total contradiction and violation of international law, the UN charter and basic human rights.

We express our deep concern for the safety of the citizens and residents of Ukraine; we pray for the victims and families of those killed and injured by Russian forces. We give thanks for those countries who have reached out to welcome, provide shelter and humanitarian aid to displaced Ukrainian civilians fleeing from the areas of conflict.

We also pray for Russia knowing full well from experience, and as recently witnessed in that country, authoritarian governments and dictators do not represent the hearts of its people.  We pray for the people of Russia who bravely took to the streets to speak out against this war despite the immense personal risk involved.

The Presbyterian Church in Taiwan as an active member stands with the World Communion of Reformed Churches (WCRC), and World Council of Churches (WCC) and supports the churches and people of Ukraine in their efforts to seek a just and peaceful solution.   Isaiah 32:16-18

Furthermore, we join our voices with our Christian sisters and brothers around the world urging governments and allies in Europe and beyond, including President Tsai and the government of Taiwan, to do all in their power to pursue diplomatic channels to ensure a credible and sustainable peace process comes to fruition.   As expressed by the NATO Secretary General Jens Stoltenberg at recent press conference (24 February 2022) “Democracy will always prevail over autocracy.  Freedom will always prevail over oppression.”  *

PCT calls for an end to the war, the laying down of weapons and the withdrawal of all Russian military from Ukraine. May Your Kingdom come O Lord,


TEF’s first webinar on the Neo-Cold War in (North) East Asia was held on December 7-8, 2021 with the theme “The Neo-Cold War: The Resurgence of the Geopolitics of Global Empires in North East Asia.” The theme was based on a concept paper prepared by the two co-conveners Jooseop Keum and Chris Ferguson. On the first day, a Taiwanese scholar, Dr. Lai I-Chung gave a keynote with the topic “The Neo-Cold War in Asia and the soon-to-be Hot War in Taiwan Strait”. Rev. Dr. Roderick Hewitt from Jamaica, the President of International University of the Caribbean, and Rev. Dr. Nancy Pittman from the US, the President and Stephen J. England Associate Professor at Phillis Theological Seminary in Tulsa responded to the keynote speech.

On the second day, a panel presented their responses to the keynote:

The webinar was well attended with around 90 participants.

The SG agreed to form a small editorial committee to prepare an e-publication of the webinar’s contents and outcomes. Rev. Dr. Jooseop Keum agreed to be part of this committee; a chief editor is yet to be designated. As a first step, a short terms of reference document should be prepared to clarify the tasks of the committee.

The SG identified four major trajectories for TEF in the coming period:

The workshop will be an initial step to “pave the way” for a future exchange with the China Christian Council (CCC). The renewal of relationships with the Chinese churches and the China Christian Council is a TEF’s main objectives. The TEF will take advantage of this year’s World Council of Churches (WCC) General Assembly as a possible occasion to reengage the CCC. The insights and outcomes of the internal workshop are intended to inform this kind of “backchannel diplomacy.”

The SG will invite the director of the WCC Commission of the Churches on International Affairs (CCIA), Dr. Peter Prove, as special guest to the exploratory workshop. This invitation is not to ask the WCC to commit to any action, but rather to exchange information and ideas in an informal setting. The SG hopes to include other ecumenical bodies into the process of “paving the way” right from the beginning. Through his decades-long work on this very issue when he was a staff of the WCC and the NCCCUSA, Victor Hsu would help to facilitate this process.

A special meeting of the church leaders was held on February 17 to consider the next step to revitalize an already existing North East Asia forum. Participants included:

Moderator Rev. Lee Hong Jung delivered opening remarks, saying that “in consideration of today's situation in Northeast Asia, where people's safety and peace are being seriously challenged amid fierce hegemony competition, the role of churches and civil society to build peace is more urgently requested than ever.”

The founding membership of the NEA Churches Forum was composed of the CCA member denominations and NCCs in NE region (Hong Kong, Korea, Japan, Taiwan and Philippines). However, different challenges have emerged from when it was founded in 2005. It is necessary to respond to them with a collective Christian perspective beyond the institutional membership of the CCA. The meeting agreed to change the name “Churches’ to Christian” and extend the membership to Christian communities. Moreover:
The membership and key projects were delegated to a task force team composed of 4 persons: Rev. Fernando (Philippines), Rev. Shin (Korea), Ms. Lin (Taiwan), and Mr. Fujimori (Japanese members will discuss and submit their name later). Theological Reflection Working Group (TRWG) and Follow-Up Webinar on Geopolitics.

‘BITTER EXPERIENCE’: Although the Ukraine war would alter Xi Jinping’s calculations over Taiwan, it would not change his long-term ambition to invade the nation

CIA Director William Burns on Saturday said that China is closely monitoring Russia’s conflict in Ukraine and that it is affecting Chinese leaders’ calculations over Taiwan.

Burns, speaking at a Financial Times event in Washington, said the Chinese government had been struck by Ukraine’s fierce resistance to Russia’s invasion and by the economic costs Russia is bearing.

“I think the Chinese leadership is looking very carefully at all this — at the costs and consequences of any effort to use force to gain control over Taiwan,” Burns said.

However, he cautioned that it would not shift Chinese President Xi Jinping’s (習近平) long-term goals over Taiwan.

“I don’t for a minute think that this has eroded Xi’s determination over time to gain control over Taiwan,” Burns said. “But I think it’s something that’s affecting their calculation about how and when they go about doing that.”

China has refused to condemn Russia’s war in Ukraine and has criticized Western sanctions on Moscow.

Beijing and Moscow declared a “no limits” strategic partnership several weeks before the Feb. 24 invasion, and have been forging closer energy and security ties in recent years to push back on the US and the West.

However, Burns said the US believed China was unsettled by the reputational damage of being associated with the “brutishness” of Russian President Vladimir Putin’s military action.

“I think what the bitter experience, in many ways, of Putin’s Russia in Ukraine over the last 10 or 11 weeks has done is demonstrate that that friendship actually does have some limits,” Burns said.

Separately, US Representative Mark Green on Thursday said China would face an even more united response than Russia is facing now if Beijing were to invade Taiwan.

Green made the remarks during an appearance at the NewsNation show On Balance with Leland Vittert, when Vittert asked: “Can the world come together against China if they invade Taiwan?”

“Taiwan makes 94 percent of all the high-end semiconductors. The West cannot tolerate China seizing control of Taiwan,” he said.

“So absolutely we are going to push back. Everyone is going to unite and probably even more so than with Ukraine,” he added.

Green said the US could and should do more to help Taiwan defend itself.

“What we’ve got to do is make the consequence of China attacking Taiwan so great that they choose not to do so. That’s real deterrence,” he said.